Looking ahead to the end of 2020 and the next decade, the Covid-19 pandemic is certain to not be the only global phenomenon to upend daily life. 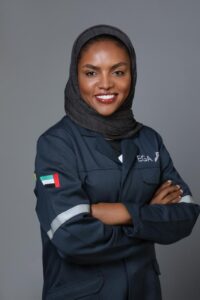 The UAE and similarly advanced countries across the world are standing on the precipice of a Fourth Industrial Revolution that is destined to disrupt the understanding of “normal” in ways more lasting and positive than anything we have experienced this year.

Unlike past industrial revolutions of the 19th and 20th centuries, this coming “digital revolution” will not only introduce new technologies that replace manual labour with machine manufacturing. They will also replace so-called “knowledge workers” with rational systems that can think critically, self-monitor and react—with an almost human-like level of nuance and rationality to their surroundings.

In other words, the Fourth Industrial Revolution, also known as Industry 4.0, will introduce digital and automated technologies capable of replacing everyone, from the manual labourer to the knowledge worker.

However, for those willing to adapt and learn, these technologies will also create more opportunities than ever thought possible.

Among the best prepared to harness Industry 4.0’s potential are those in the UAE’s manufacturing sector, which is now leading the world in embracing new technologies to change the face of modern industry for the better.

Emirates Global Aluminium (EGA) is the UAE’s largest industrial company outside of oil and gas. Founded as Dubai Aluminium in 1979 by Sheikh Rashid bin Saeed Al Maktoum (then Ruler of Dubai), EGA has, in just 40 years, taken the UAE from a country that produced zero aluminium to one that now ranks as the fifth largest aluminium producer in the world.

At the root of this growth is EGA’s historic and continued investment in the research and development of new, homegrown technologies.

Aluminium is one of the most essential elements of daily life, as well as the most abundant, naturally occurring, and malleable metals in the earth’s crust. This metal is so omnipresent and versatile that most of us use it countless times a day without ever realising. Every time we use a mobile phone, computer or any other electronic devices, we are using aluminium.

And when we gaze upon city skylines, we are looking at whole metropolises built using the same dependable and strong, lightweight metal. In fact, the world’s tallest skyscraper, the Burj Khalifa in Dubai, was constructed with EGA’s aluminium.

For over 25 years, EGA has been preparing for the Fourth Industrial Revolution, investing significant resources in the research and development of our own aluminium-smelting technologies, which have used since 1990 in every one of our smelter expansions and retrofits of older production lines.

This technological investment culminated recently in the licensing of EGA’s DX+ Ultra aluminium-smelting technology to Aluminium Bahrain, marking a milestone achievement for the nation’s

knowledge economy, as it was the first time any UAE-based industrial company licensed its own technology abroad.

Looking ahead, EGA is poised to continue driving the global aluminium industry forward with our embrace of new Industry 4.0 technologies.

We have been developing the use of Big Data to enable the use of advanced analytics and automated process control in our smelting process and began fully rolling this out in 2020. The use of big data creates innumerable opportunities to make continuous incremental improvements, which together add up to millions of dollars in cost savings.

EGA’s new Al-Taweelah alumina refinery is already using our own Operator Training System (OTS) to digitally map every detail of the refinery’s performance. Referred to as the refinery’s “digital twin,” this simulator proved instrumental in the preparations for the refinery’s production start-up over a year ago and continues to inform its safe ramp-up and operational upgrades.

Specifically, the digital twin was able to identify gaps in the Al-Taweelah alumina refinery’s design while it was still on the drawing board, helping avoid complications in the control logic during commissioning and start-up which would have otherwise hampered or even delayed production.

Today, the digital twin also serves as a mitigation tool for risks, allowing control room operators to use it for various emergency trainings in a simulated setting. For comparison, think of airline pilots using a simulator to work through the many emergency scenarios that will hopefully never come their way.

By running a similar programme, the safety of the operators is much higher, greatly reducing the risk of any fault leading to shut down.

As Industry 4.0 continues to catalyse the merger of heavy manufacturing with digital and automated technologies, engineers such as those working with EGA’s digital twin will be able to harness everything from AI to machine learning to make the aluminium-manufacturing process safer, more environmentally sustainable and efficient.

This is the power of innovation.

THE FUTURE OF PROJECT DELIVERY

Technology trends shaping construction and engineering in the Middle East

The ongoing digital transformation is changing the way projects are planned and delivered in the Middle East and North Africa region. Access insights from leading thought-leaders and disruptive companies such as ADNOC, Miral, Ma’aden, Emirates Global Aluminium (EGA) and AECOM just to name a few.

Additional details regarding Oracle’s collection and use of your personal information,including information about access, retention, rectification, deletion, security, cross-border transfers and other topics, is available in the Oracle Privacy Policy.

Oracle values your privacy and will treat the information we collect from you as a result of your registration in accordance with the Oracle Privacy Policy, which is located here Oracle utilizes a third party registration company manage registration and logistical activities for this program.’